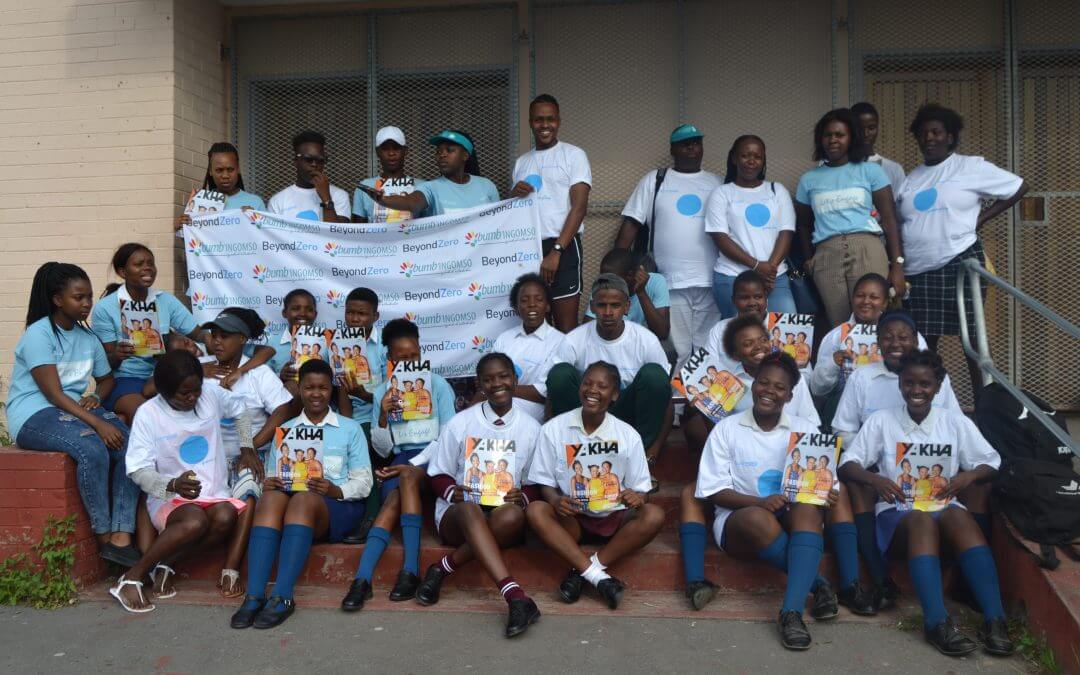 A new beneficiary, a teen parent, engaged in a risky behaviour (various sexual partners and drinking). Social Auxilliary Workers (SAW) followed up after enrolment and counselled the beneficiary over several weeks. Her grandmother reports that her behaviour has improved. She has been encouraged to join the Teen Parenting group.  A new beneficiary who did not have an ID was accompanied by both SAW and a Supervisor her to Home Affairs and successfully applied for an ID. A new beneficiary who is a high school drop-out, has been assisted and enrolled in Grade 8 at

A 16year old girl was tested positive for HIV on the 6th of April by the MIET nurse, post-test counselling was done, baseline bloods were taken and an appointment date for blood results and ART initiation was given to the girl. The girl did not come for her appointment and the nurse tried to phone her and noticed that the cell number is not working. The address had no house/plot number as she is staying in a shack. The MIET AFRICA nurse took the initiative and tried to locate the place with no success. Two weeks later a woman with the girl’s surname came to the clinic for family planning and was helped by the same MIET nurse. The nurse traced if the woman knows the 16yr old girl, it so happened that the woman was the girl’s aunt. The nurse explained that MIET AFRICA runs a program for AGYW and explained that the 16 year old had enrolled on the program but had missed her program visit date, the nurse asked client to motivate the girl to follow-up on her program visit dates.

The next day the girl came in accompanied by her grandmother. It transpired that when the aunt encouraged her to follow-up on the AGYW program the girl than decided to disclose to the family that she had taken an HIV test which came back positive and also explained that she was afraid to tell the family and also that she was also afraid to initiate on ART without disclosing to her family. Both the girl and grandmother were counselled and educated on HIV and ART, emphasis was placed on adherence to treatment and the girl was initiated on ART. The grandmother is now the girl’s treatment supporter.

This story shows the dedication of our MIET nurses to this programme and the care they have for AGYW.

2 X AGYW brought in to one of the clinics we support by their grandfather who asked us to provide them with family planning because they come back late from school and he suspects that they have boyfriends. He further said that he has been asking their grandmother to bring them but is dragging her feet. Both girls were counselled and tested for HIV and were enrolled in the programme, Both confessed to be in sexual relationship. Since tested negative were educated on PrEP, consented and initiated on PrEP, started on contraceptives and issued condoms.

The beneficiary was enrolled into the program in November 2019. She successfully completed her matric but was unable to find employment nor had the means to further her studies. The interventionists had an information session with her whereby she was informed about courses and PE College. Due to unemployment and lack of financial support, the SAW accompanied the beneficiary to the college, provided her with funds to make copies of documentation and assisted her with the application process. The beneficiary has been accepted at the college to study Electrical Engineering which will commence in January 2021