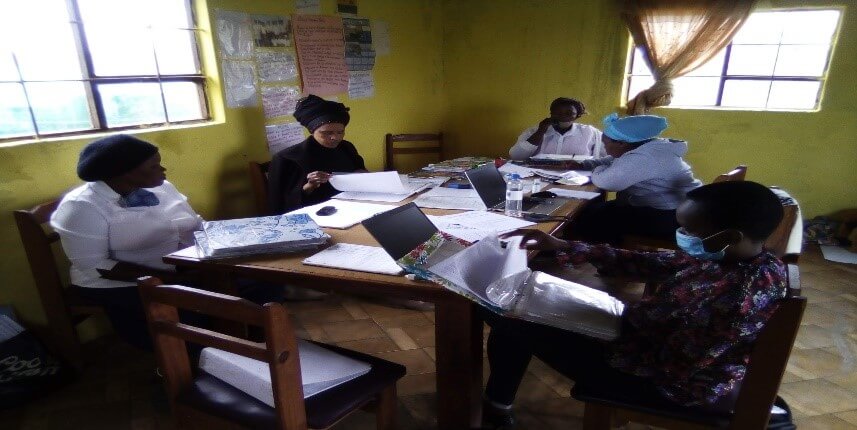 34 Organisations have been capacitated by beyond zero for 12 months in 2020. All 34 CBOS from Limpopo, Free State and Eastern Cape had not reviewed their strategic plans for more than 3 years.  The 34 of the organisations had generic plans that were developed at incorporation stage of the organisation.  This meant that the strategic plans did not speak to the current challenges and strategies adopted by government in the HIV response.

Through Global funding, Beyond Zero deemed it necessary to begin the intervention by assisting the Organisations through the following capacity building interventions:

Conducting a 2-day workshop on the CBOs on the National Strategic plan 2017 – 2022.  This helped the organisations to focus on geographic areas and key populations most severely affected by the epidemic.

Programmatically redirecting the CBOs to a strong focus of the NSP and improving the prevention of HIV infections among amongst adolescent girls and young women because of the extremely high rate of infection in this section of the population. Not only does early infection irreversibly shape the lives of hundreds of thousands of women from their teens and early twenties onward, but assisting our Sub Recipients to reach our national targets for reducing HIV amongst the key and vulnerable populations.

Assisting the organisations to strategically refocus and align to the NSP.

Assisting the organisations to embark on a 3-day strategic plan review including board members as well in these interventions.

Hands on targeted support was given to the 43 organisations in all the three provinces through formal training and individual site visits aimed at mentoring and coaching the Board and Management of the CBOs.

The following programmatic outcomes were achieved through the BZ capacity building intervention:

34 revised strategic plans aligned to the NSP were successfully adopted and signed by the Board of Directors of the capacitated CBOs.

18 of the organisations were awarded small grants ranging from R300 000.00 to R500 000.00 to implement activities that would make a contribution towards the realisation of the NSP goals.

The CBOs began to shift their focus to service uptake for the Men having Sex with Men, Adolescent Girls and Young Women, Sex Workers key populations in their localities. Hundreds of Key Populations were referred to Clinical Services and provided with correct information and education material.